I am Michelle Clarke, I am 38 and I am married to Glenroy Clarke.

I am mother to Malaika, Jackson, Angel Destiny & our rainbow baby, Praise Sarai

Originally from Birmingham but living in Wolverhampton

I love to Dance!!!!! Always have! I took weekly classes starting once a week and then building up to three times a week between the ages of 4 and 18 years old. It was my life and I trained hard!

I worked in retail to begin with and then moved into schools. I was a supply teacher and I also had a long term contract as a P.E teacher at a girls school in addition to my suplly work.

I started work as a freelance dance teacher in 2002 and registered as self employed.

Was teaching daily at nurseries, schools, community centres and local businesses in the Birmingham, Black Country and Bromsgrove areas.

I was hired by Stagecoach performing Arts after a successful audition during the last year of my degree.

In 2002, I graduated from Coventry University with a 2nd Class BA (hons) Degree in Dance & Professional Practice.

Michelle’s Dance Classes were launched on February 8th 2003 which then quickly escalated from 3 pupils to 3 FULL  classes! I re-branded to Perfection Street Dance Company and that company did many great things including going on a UK tour and auditioning for Britain’s Got talent.

I was taking on more freelance dance work than I could manage and I loved it! I even choreographed a piece of choreography for a short film called Transition. This was in partnership with Holy Trinity School and The Midlands Arts Centre. It was at this time that I received my first big check and it seemed so unreal that I was getting paid large amounts now for doing what I loved!

While everyone was doing Zumba, I created Bashercize. This was a bashment fitness phenomenon for adults only and so much fun was had in classes.

I closed my dance school which by this point had expanded to a performing arts school but it was vital that I gave more time to my young daughter as I went back to work when she was just 6 months old so I wasn’t getting much quality time with her during the week.

I launched MM Workshops & parties. I was teaching dance workshops once again in schools and for any business that required them. I was also running dance parties that were proving popular with the children and parents.

I went back into retail for a year alongside network marketing to help pay for my wedding.

Lunched Girl time pamper parties was then launched and it was a huge success. I was pampering my Princesses (what I called them) nearly every week during some months. I was also creating my own party bags and I designed my own birthday cards.

I then went back into schools as a Playworker and did this job during my second pregnancy.

Network marketing then took the lead as I found a company that I adored! I had previously worked with the body shop at home and phoenix trading, now known as flamingo paperie.

After having my son, I became a team leader for FM World. I enjoyed building  a team and supporting them to create their own businesses.

I had the Girl Boss bug and in 2015, I decided to continue with my self employment but now FULL TIME. It was decided and I was not going back into the workplace. I loved being my own boss and to be honest, my employment was now getting in the way. It was too rigid and I craved more flexibility to create the life that I desired.

I am Michelle Clarke was launched after losing our third child. It took time after such a tragic time but after becoming a born again Christian just months after burying my daughter, the vision came.

I now had a God who was so much greater than I could ever imagine and I began to search for my new identity in Christ. Once I realised that I was all that HE said I was, I was sold! God can not lie. His words can not return back void.

I’ve been on this journey to my purpose ever since and most people who meet me for the first time can’t believe that I lost and buried my daughter just over 2 years ago. Those that know me are amazed at how well I’ve coped but the truth is, all things are possible when God is leading your life. I get to take a back seat now and trust in Him and I love it!

With 34 years of dance experience and 17 years of sole trader business experience, I aim to use all of my skills learnt over the years to inspire, encourage and serve women who have become stagnant in life & business following tragedy.

Everything that I do, I now do to glorify God and so I pray that the goodness of the Lord is evident through all that I do.

If  I have learnt anything over the years, it’s to be bold! Belief within yourself is where it starts but you have to know who you truly are to really believe in you. Well, I am Michelle Clarke, I’m a child of God and I look forward to serving you and directing you to your purpose.

I found God, I found Me and now I’ve found my purpose.

There was a time when I thought that the above was not possible. I was in pain, I was grieving, I was broken and I had no idea how to put the pieces back together.

2 thoughts on “About Michelle Clarke” 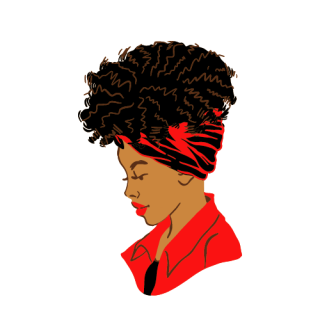 Welcome to my site. Feel free to connect with me via my other social media sites. God Bless you xx

“All I require for life, God has given me, and I know who I am”

Sinach – I know who I am

God created us all for a purpose so it’s paramount that we find out what we were created for.

If you don’t know, ASK HIM!

I Am Michelle Clarke xx

Birthday Selfie 🤳🏾 Chapter 39 and still looking fine 😉 This year will be a year of CHANGE & GROWTH 🙌🏾 Thanking God almighty for another year🎉 With HIM, I can do ALL things 🙌🏾 Watch this space... 💯 #birthday #birthdaygirl #watchthisspace #timetogrow #makingchanges #godisgood #godfirst #birthdayselfie #redlips #headtie #chapter39 #januaryborn #justchillin #blogger #danceinstructor #iammichelleclarke
Happy heavenly 3rd birthday Destiny 🎉👣💕 Destiny Jayde Clarke 👣 02.01.17 Thank you for leading me to Jesus 🙌🏾 #1in4 #babyloss #destinyjaydeclarke #myangel #daughter #sister #januaryborn #alwaysapartofme #bereavedmother
Merry Christmas 🙌🏾💕🎄 Each year is such a blessing but this year... WOW! Truly overwhelmed with all that God has blessed us with. So much to take in, so much to be thankful for, so much to still prepare for 🙌🏾 It hasn't all been easy but it's sure been worth it. I am one happy mama I am Michelle Clarke❤️ #iammichelleclarke #blessedandhighlyfavoured #countingmyblessings #mama #wolverhampton #alwaysabrummie #christmasday2019 #peace #blessings #family #womanofthehouse #blogger #dancer #thedancingbusinesswoman
Hubby & I definitely had some laughs this morning 😂🤦🏾‍♀️ #christmasjumperday2019 #christmasjumperday #siblings #brotherandsister #bigsister #littlebrother #christmastime #smiles #funnyfaces😜 #clarkekids #iammichelleclarke #djglorify #wolverhampton
Today has been one of those days... I have days when I don't FEEL like being around anybody. I've always been what others would call a loner but truth is, I just love my own company. Today, I felt frustration, anger, disappointment, sadness, overwhelmed and those are just a few... Once I dried my tears, I screamed out that THE DEVIL IS A LIAR 🤥 I'm not defined by other's or even myself based on my FEELINGS! That's when I got it together real quick and started to decree and declare all of the promises that God has for me ❤️ My identity comes from the Lord and if some days, I can only show up for me, that's ok 🙌🏾 I will NOT show up for you NO MATTER WHAT because I care about you too much to do that 🤗 If I show up for you and give you advice whilst suppressing my own issue's, I'll only pass them onto you through negative energy and that's not what I'm created for. I'm here to spread light and speak life into you. If at any point I can't do that, I'll step back and allow God to deal with me until I can. Be careful who you follow on social media because some people are putting YOUR mental health before there own and that's not healthy. I followed people for years until I realised that it was them making me ill 😮 Show up for me when you're in the right place to. We all have our struggles and I'd rather you deal with them instead of councilling me whilst you're leaking pain. You can't put the bandage on me until you learn to put it on yourself. If I stay away, if I go quiet, it's because I'm allowing God to work on ME! Nothing wrong with a spiritual MOT once in a while 🙏🏾 Today, I only showed up for ME and it was great 🤗 #selfreflection #yourhealth #mentalhealthawareness #workonyou #spiritualmot #godismyhealer #dontalwaysshowup #me #selfcare #blogger #iammichelleclarke #socialmediaisnotmylife
Another great event last night! I'm booked up until the 14th December and I'm having so much fun that it doesn't even feel like work 👍🏾 What a great way to see in December 🙌🏾 Two more events to go and so many more people to meet 🤗 Both today and last week, I networked with so many people! It was great to have hubby working at the stall right next to me and all of the kids were so well behaved 😊 The hotdogs were amazing too 😋🌭 #God #blessings #blessedandhighlyfavoured #fearfullyandwonderfullymade #networking #events #family #work #christmastime #thegrinch #elfontheshelf #hotdogs #stallholder #selfemployed #iammichelleclarke #healthwealthandbeauty #lastdayofnovember

I Am Michelle Clarke

I Am Michelle Clarke